Sustainable Urban Development is an important target of the outcome agreement at the Habitat III conference.  It is strongly interlinked with SDG Goal 11 among others.

I wish to bring to the discussion this new illustration of the economic, social and ecological aspects of the #SDGs. For effective implementation the graph enabling the tiers of the cake and the importance of “the partnership“. 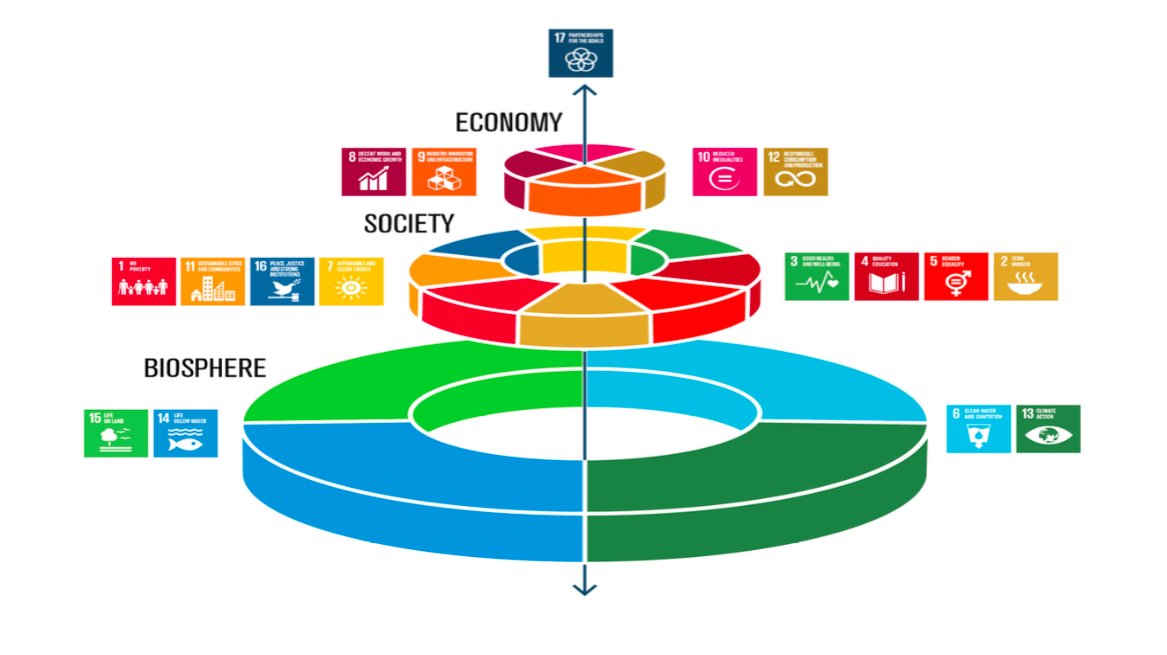 Reading based HabitatCO2lutions design competition have launched a Crowdfunder campaign to raise £3,937 for #UrbanCratzer Design Competition.

“Dealing with a climate crisis has now gone planetary – planners and policy makers alert the importance for vulnerable citizens of having an Urban Climatic Emergency Evacuation Plan policy in place for the outcome of the New Urban Agenda, proven realistic in an actual emergency. Considering the general policies of the national government a first draft UCEEP to complement the 2030 agenda, for urban settlement equipped with detailed evacuation plans for facilitating and handling a climate crisis as seen in every continent on the planet.”

The URBAN CRATZER Design Competition is really important because If steps are taken to recognise preparations for evacuation areas and urban craters in dense city areas this can be a just and fair transformative transmission, perhaps then cities can be lucky with a response plan/program due to coming climate change impacts. You can support the competition here http://www.crowdfunder.co.uk/urbancratzer-design-competition

Crowdfunder is the UK’s largest rewards-based crowdfunding network having launched more than 4000 projects and raised over £2m – helping people make their great ideas a reality. Crowdfunder works by offering the crowd the opportunity to pledge to a project in return for a reward.

The URBAN CRATZER Design Competition are offering gratitude, t-shirts and more in return for pledges towards their campaign.

First-responder supporter said: “I’m really excited to support the HabitatCO2lutions crowdfunder campaign and looking forward to receiving my reward in return for my pledge.”

For more information on the project and to pledge visit http://www.crowdfunder.co.uk/urbancratzer-design-competition
ENDS