What priorities will guide the New Urban Agenda?

Beyond the specific technocratic solutions of economics and governance, several core ideas will form the ideological underpinnings of the New Urban Agenda. Initial documents suggest that, for instance, democratic development and respect for human rights will feature prominently, as will the relationship between the environment and urbanization.

Similarly, the New Urban Agenda will almost certainly include significant focus on equity in the face of globalization, as well as how to ensure the safety and security of everyone who lives in urban areas, of any gender and age. Risk reduction and urban resilience will likewise play prominent roles. And the new agenda will place key importance on figuring out how to set up a global monitoring mechanism to track all of these issues and concerns.

Meanwhile, the core issues of the Habitat Agenda — adequate housing and sustainable human settlements — remain on the table, as the number of people worldwide living in urban slums continues to grow. Indeed, in the time since the Habitat Agenda was adopted the world has become majority urban, lending extra urgency to the New Urban Agenda.

There is also an increasing recognition that cities have morphed into mega-regions, urban corridors and city-regions whose economic, social and political geographies defy traditional conceptions of the “city”. The New Urban Agenda will have to address these trends in urbanization while also recognizing that cities and metropolitan areas are the major drivers of national economies.

This fact in particular should entice member states to give credence to the tenets of the New Urban Agenda.

Dealing with a climate crisis has now gone #planetary — planners and policy makers alert the importance for vulnerable citizens of having an Urban Climatic Emergency Evacuation Plan/Programme policy in place for the outcome of the New Urban Agenda, proven realistic in an actual emergency. Urban havocs in the footsteps of climate change require for the first time to mainstream disaster relief planning.

Considering the general policies of the national government a draft UCEEP to complement the 2030 agenda, for urban settlement equipped with detailed evacuation plans for facilitating and handling a climate crisis as seen in every continent on the planet.

Most urban population living within 30 km of a climate change emergency centre area, and about 10% within 5 km of it. Of the total affected, about 1/3 reside near outside the emergency centre and another 2/3 are within disaster area in the neighbouring urban habitat prefecture. All would have to be evacuated in the event of a disaster, senior citizens (to think through more carefully how to support the evacuation of older people and perhaps include them in future drills, which should be carried out in each district area) and children. The evacuation should be preceded by skilled and realistic capacity building effectiveness drills due to post-evacuation considerations and evaluation.

Catastrophic – urban extreme climatic events of potentially catastrophic proportions that severely disrupt health and social care and other functions (mass casualties, power, water, etc.) and that exceed even collective capability with the support-hub structure. Additionally there are pre-planned major events that require planning, for example, demonstrations, sports fixtures, air shows etc. and may also require a “speedy and effective” climate disaster response. There may also be events occurring on a national scale such as unrest, riots, fuel strikes, pandemic or multiple events that require the collective capability of the healthcare nationally.

First responders, an expandable force will be notified that an urban extreme climatic event has been declared by emergency bleep. Responders would automatically clear routes into cities and establish distribution and medical-hubs (triage centers). Also:

The nature of the Operational Response Level (ORL) 1 Declared may dictate the immediate areas with increased pressures (ie: Hospitals, Government Services, Armed forces). The focus of the Municipality Outreach Team will be to support the rest of the key stakeholders and to assist with critically injured casualties flows where possible.

In addition to loss of life, the emergency plan calculates that as many as 1/10 of the populated emergency centre will require medical attention. Wind, fire and water are estimated to destroy hundreds of structures, with an additional thousands buildings expected to collapse or suffer severe structural damage.

With global disaster relief planning it is possible to estimate and double the additional manpower resources to complete the evacuation civil citizens may also be asked to facilitate movement of casualties from further immediate danger in the disaster district zone to support the first responders. Or to retrieve critically injured from the emergency centre to an area suitable for their comfort and treatment.

Contact members of the Municipality Outreach Team and assess availability over the next 48hrs.

Instant updates and call 24-hour help lines within local authority community website for Emergencies and Public Safety. Information to keep your family, your home and your community safe.

In ORL 1, evacuation procedures would be put into place immediately of confirming the first shock hazard level. For ORL 2, the time frame is within hours. The plans call for sending more than 1/3 of the emergency centre residents within 5 km to 30 km of the disaster area, towards the nearest preventive evacuation area urban crater, via urban evacuation corridors and tunnels designed for people and multimodal transportation.

Ideally, it would not take 1,000 residents more than 0.5 hours per evacuation corridor to be re-routed to their dedicated preventive urban crater, city arena or support-hub destination (e.g. offices and schools etc). 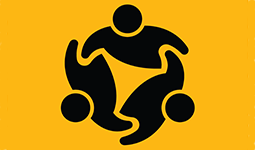 About 2000 UCEEP cities could offer protection and shelter and give post-disaster support to roughly 200,000,000 residents who also live between 5 km and 30 km of the predestined disaster district zone, and would have to be evacuated. Within the urban habitat prefecture, the flow would be directed to an evacuation area urban crater, to a regenerative city arena or to a disaster support-hub, as well as to peri-urban areas outside the emergency centre area and disaster area. Knowledge of how to avoid and safeguard Disaster response routes (helps emergency responders get to people who need help quickly and to ensure that shipments make it to destinations quickly and smoothly), these are not evacuation routes for use by the general public.

“The inclusion of Ministry of defence (MOD) sites is considered necessary to complete the picture, although it is understood there are difficulties in authorising the use of these sites and that their use cannot be guaranteed. However, it is also understood that the incident that causes the requirement for a large scale evacuation may be of such magnitude, that the MOD would be willing to authorise their use. A database of MOD sites and their potential capabilities is held by the Joint Regional Liaison Officer (JRLO).”

Most of the roughly 10% of residents living within 5 km of climate change emergency centre area would be evacuated to neighbouring towns.

1:2 – A key concern local officials have is how the regional government will initially respond to a sudden impact disaster. The plan for dispatching the first responders and relief goods from the provincial capital calls for Air Self-Defense Force transport planes at dedicated Air Base to fly to nearest local open Air Base in the local habitat Prefecture (a one-hour flight), where their cargo will be transferred to helicopters and ferried over the disaster area to the emergency centre, 30 minutes away.

Yet all the detailed plans are all based on the assumption that the roads leading out of the emergency centre — which perhaps lies in a remote area on the Sea — to the disaster district zones in other parts of the evacuation centre, as well as to neighbouring urban habitat, will not have been damaged; that there will not be mass panic that clogs/paralyse the roads; and that there will be enough time for residents within 30 km of the plant to get to safety; that people won’t be stranded throughout the region also Keeping Level Heads.

Long term evacuation happens if the climatic event has triggered an earthquake or other natural disaster that has destroyed the roads. Or, what happens if an accident occurs in the midst of a blizzard, where icy roads and hazardous driving conditions can lead to accidents that block or paralyse the roads and create long traffic jams?

The Cabinet Office’s plans state that, in the event of a severe natural disaster that makes fleeing by road impossible, and residents will be evacuated by sea from the neighbouring port, which has a Maritime Self-Defense Force base (Although several Prefecture plans to use ships for evacuation, it’s not clear that all harbours will be safe or operable). Helicopters will land at about a dozen designated areas along the main roads in the emergency centre and in the disaster area that lie within the 30-km evacuation radius.

Short term evacuation take place in major cities equipped with up to six preventive evacuation area urban craters, holding stock enough to protect its evacuees for one month. Before it’s safe enough for the inhabitants and residents of emergency centre and disaster area to return to their habitat. Relief supply will include meals, blankets, infant formula, disposable diapers and extra supply of drinking water.

1:3 – It is the central government’s duty to take responsibility in the event of an urban climatic emergency in order to protect the lives of people and their property

For some local politicians outside local community, the evacuation plans represent a challenge and an opportunity. For small towns mayors meet with regional ministers of the Ministry of Economy, Trade, and Industry asking the provincial capital to provide funding in next year’s fiscal budget for improving roads etc.

Hard copy Action Cards are necessary for the municipality due to its size and particularly where temporary staff change fairly frequently. It is not possible for every person employed in the council to know and be completely familiar with the Urban Climatic Emergency Evacuation Plan/Programme in its entirety. Each part in the Urban Climatic Emergency Evacuation Plan/Programme is therefore described on action cards that can be easily obtained and read. These cards are stored within relevant departments in the municipality, which will ensure that the support-hub and evacuation area urban crater of activity during a catastrophic event can respond.
Action cards have been prepared for staff to follow during an urban extreme climatic event. The action cards contain the individual’s responsibilities in performing that role, a checklist of tasks and titles and locations of key contacts. Other members of staff likely to be involved will also work to action cards.

There are a lot of issues in regards to infrastructure for areas of evacuation (inclusive urban vertical evacuation aids) and safeguarding of evacuation routes, pointing out that funding for road improvements had yet to be guaranteed.